Agents of the USA – a new conspiracy theory

On 29th of August, certain figures acting in favor of the ruling party, who present themselves to public as expert-analysts, posted in an organized manner about the so-called "partner states’/US agents". Considering country’s existing context, shared indirect and direct messages refer to those actors who defend Georgia's pro-Western course and/or are financed by Western partners and international organizations.

The disseminated messages are designed to mislead the public and aim to portray pro-Western actors critical of the government as agents of a foreign state, enemies and traitors of Georgia.

The initiative and information campaign of experts related to authorities mirrors the spirit of the law about foreign agents adopted in the Russian Federation in 2012. A series of laws passed with similar content, which refer to so-called "foreign agents", have in fact limited civil society, stifle critical media, and freedom of speech and expression.

The personal posts of expert-analysts have become the source of pro-government media and online agencies on the same day, and they were widely distributed on social media platforms.

On the day after the start of the coordinated campaign, the pro-government agency ONGO published the so-called "analytical article" trying to “unmask” the "US agents network" and claims that public figures currently critical of the government, including former political officials, the public defender, opposition party leaders, and others, are the agents of the United Stated.

This campaign launched by the experts related to authorities and media outlets is clearly a part of anti-Western agenda and is directed against the strategic partner, USA. Allegations that the US has created a network of spies and agents against the state in Georgia endangers the strategic partnership between Georgia and the United States of America. 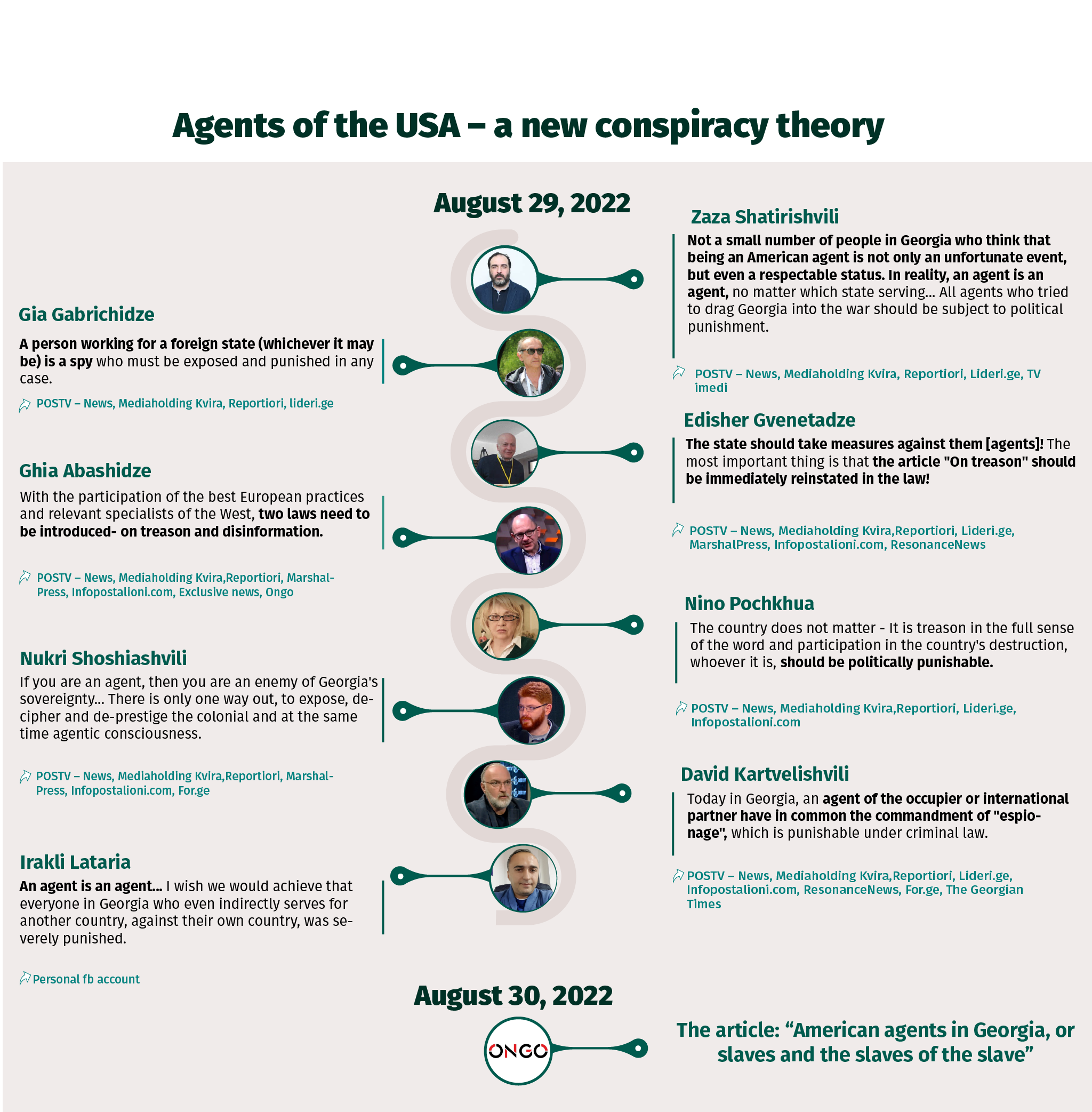