Following the announcement of Nika Gvaramia's verdict, the media agency - Ongo.ge, an agency mimicking the credible media agency -  on.ge, released "exclusive" information that allegedly Salome Zurabishvili will pardon Nika Gvaramia and that this was agreed in advance with the leaders of the United National Movement. The information was spread on pro-governmental media pages on Facebook and anonymous Facebook pages at intervals of several minutes. 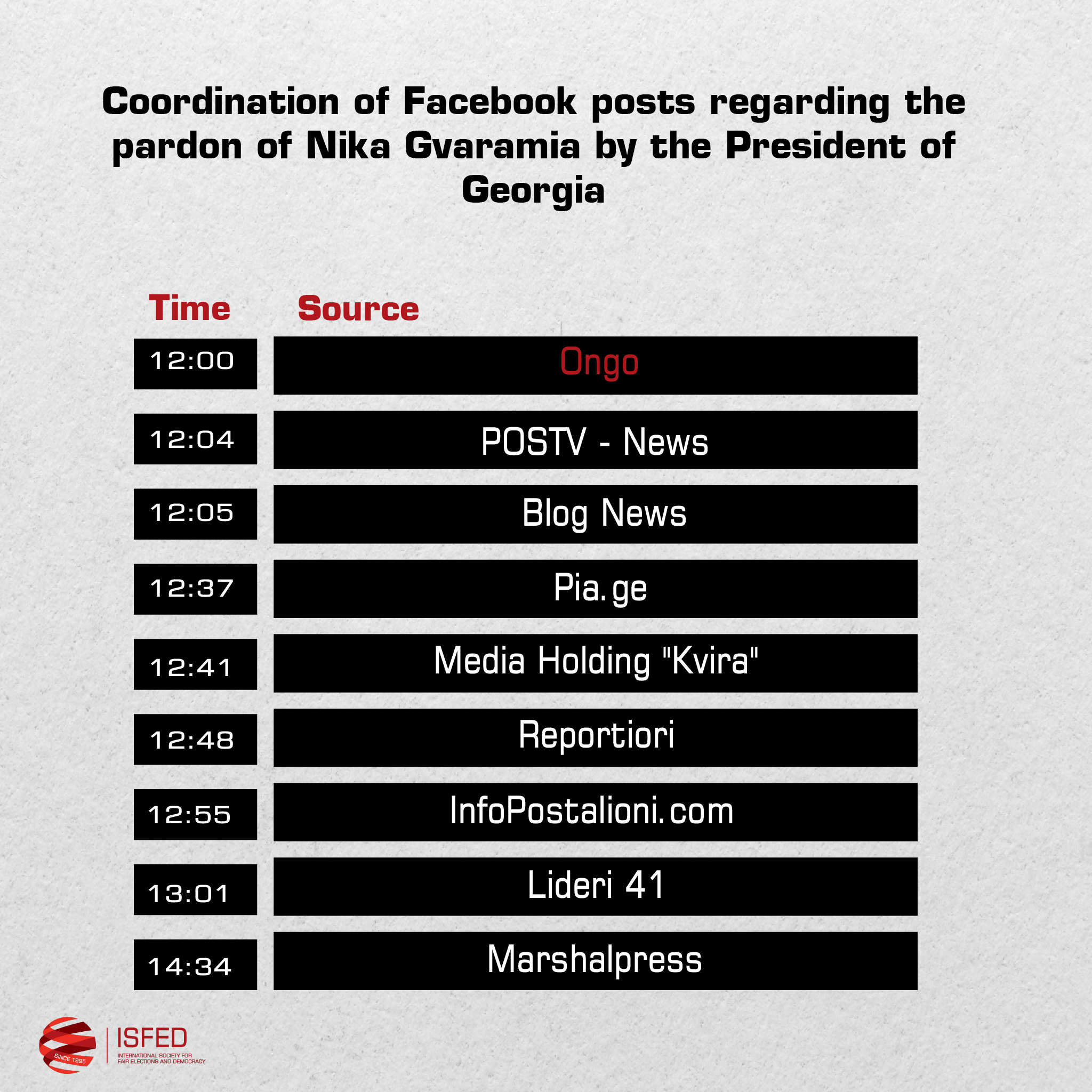 Propaganda messages by pro-government news agencies with this tactic have been spread many times before. For example: In May 2021, Ongo.ge disseminated information about the financial cooperation between Giorgi Gakharia and Davit Kezerashvili on Facebook pages and groups in short intervals.1 In July 2021, the pro-government media outlet, Marshalpress, published a version of the overdose death of Lexo Lashkarava, the operator of Pirveli TV, on Facebook before an official briefing of the Ministry of Internal Affairs.2